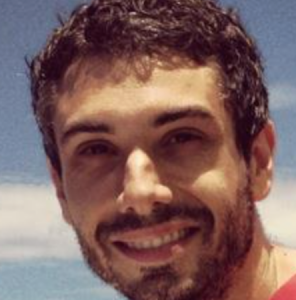 Nick Confalone is a children’s TV animation writer and show-runner in Los Angeles who has written for Disney, Nickelodeon, Cartoon Network, Hasbro, and PBS. His six-second videos made with the now-defunct Vine app have appeared on CNN and The Ellen Degeneres Show, twice screened in the Tribeca Film Festival, and listed among the “Top 33 Vines of 2013” by Mashable. Professionally, he has created short digital content on Instagram and Vine for top international brands including Amazon, AT&T, Disney, Gap Kids, and Unilever. This is his third year as a Media Expert for USC’s American Film Showcase, after leading a workshop in 2016 for high school students in and around Tbilisi, Georgia on short-form digital storytelling.