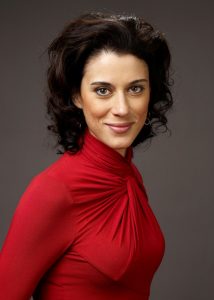 Cherien Dabis is an award winning filmmaker and television writer director who received her M.F.A in Film from Columbia University. She began her career in television when she joined the writing staff of Showtime’s groundbreaking, original hit series The L Word before going on to make her feature debut with Amreeka (2009). Amreeka world-premiered at the Sundance Film Festival, opened New York’s New Director’s/New Films and won the prestigious International Federation of Film Critics Award at Cannes. It was nominated for a Best Picture Gotham Award, 3 Independent Spirit Awards and was named one of the Top Ten Independent Films of the Year by the National Board of Review. Dabis was named one of Variety’s “Ten Directors to Watch” in 2009. Amreeka was released theatrically worldwide and became the most-screened Arab-directed film in U.S.-cinema history. Dabis returned to Sundance with her second feature May In The Summer (2013), which opened U.S. Dramatic Competition and went on to premiere internationally at the Venice Film Festival. Dabis is the recipient of dozens of grants and fellowships including a Creative Capital Artist Grant (2015), Guggenheim Fellowship (2012) and USA Rockefeller Fellowship (2010). She has written, directed and produced on ABC’s Quantico and Lee Daniel’s Empire.