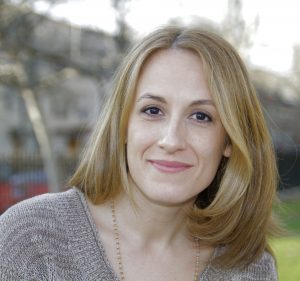 Katie Dellamaggiore is a director and producer whose credits include award-winning documentaries 39 Pounds of Love (HBO/Cinemax), To Die in Jerusalem (HBO), 51 Birch Street (HBO/Cinemax), After the Storm (LOGO) and American Teen (A&E), and the MTV docu-series True Life, MADE, and 16 and Pregnant. Katie directed and shot UR Life Online for A&E Classroom. This educational film about online sexual solicitation and cyber bullying received an Emmy nomination in 2008 for Single Camera Editing. Brooklyn Castle, Katie’s feature directorial debut, is a SXSW Audience Award winner, a Christopher Award winner and an NAACP Image Awards nominee. Brooklyn Castle was broadcast on PBS’s acclaimed POV series and is currently being adapted into a scripted feature by Sony Pictures and Scott Rudin Productions. Katie has appeared on The Daily Show with Jon Stewart, The Steve Harvey Show, NPR’s All Things Considered, CBS This Morning, CNN’s The Starting Point, MSNBC’s The Cycle and FOX and Friends. In 2010 she and her husband Nelson co-founded television and film production company Rescued Media in Greenpoint, Brooklyn where they live with their daughter Leela and their rescue dog Duffy. 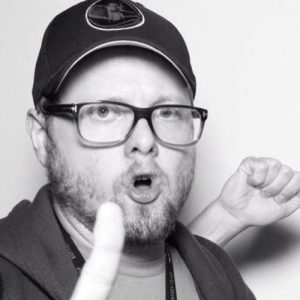 Nelson is a four-time Emmy Award Nominee in the field of editing, most notably for Single Camera Editing on A&E’s UR Life Online. He was also nominated for his work on Super Bowl XLI, The Wizard at 95 for ESPN and HBO’s 24/7. He’s worked on a wide variety of formats, from Comedy Central’s Chappelle’s Show to MTV’s TRL to The Tony Awards and The Beijing Olympic Games. Nelson is a graduate of the University of Florida College of Journalism and Communications. In 2009, he and his wife, Katie, co-founded their company Rescued Media, and Brooklyn Castle, their first feature, is one of the best reviewed films of 2012 by Rotten Tomatoes and is a NAACP Image Awards nominee.