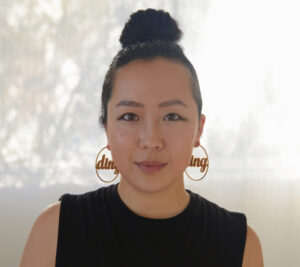 Sue Ding is a filmmaker and artist based in Los Angeles. Her work explores identity, storytelling, and visual culture. She directed and produced the Emmy award-winning documentary, Artbound: Light and Space. Her most recent short film, The Claudia Kishi Club, premiered at SXSW and was acquired by Netflix.

Sue works as a director and producer in a variety of media, including docuseries, feature films, and interactive and immersive projects. She also leads the emerging media program at the Los Angeles Asian Pacific Film Festival, and consults and lectures on nonfiction storytelling.