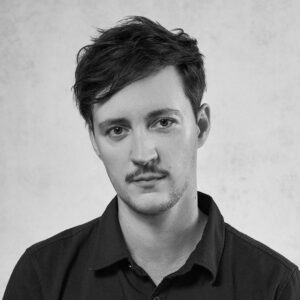 Rhys Ernst is a filmmaker and artist. He was a Producer and Director on Amazon’s TRANSPARENT and created the title sequence for the series. His debut feature, ADAM, premiered at the Sundance 2019 Film Festival, won awards at Outfest, Oslo Fusion, and the Mezipatra Film Festival, and was nominated for a 2020 GLAAD award. He created and directed the trans history webseries WE’VE BEEN AROUND and was Emmy-nominated for directing and producing the webseries THIS IS ME. He lives in Los Angeles.