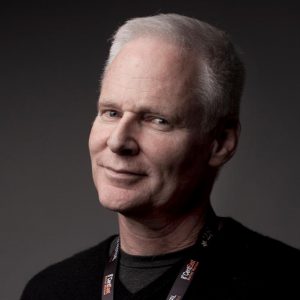 Andrew Garrison is an independent filmmaker based in Austin, Texas, who works in both documentary and fiction. His most recent film is the documentary Trash Dance, winner of several festival awards including Special Jury Recognition at its premiere at SXSW and the Audience Award for Best Feature at both the AFI [SilverDocs] Film Festival and the Full Frame Documentary Film Festival. His previous films include both documentary and fiction. His films have earned him Guggenheim, Rockefeller, NEA and AFI Fellowships and have screened at festivals worldwide including Sundance, Berlin, Locarno, Rotterdam, the BFI London Film Festival and the New York Film Festival. He is a professor in the Department of Radio-Television-Film at the University of Texas at Austin and the Audio Area Head. Before teaching at the University of Texas, Garrison co-founded the Dayton Community Media Workshop, a political media collective in Dayton, Ohio, making documentaries for local neighborhoods and for national distribution; and later worked with Appalshop, the pioneering documentary center in the coalfields of eastern Kentucky, for over twelve years.