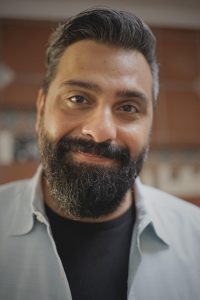 Kayvan Ghavim is the Director of Digital Programming for Univision, leading the charge in digital programming for their El Rey Network. Kayvan moved to digital content after 4 years working in traditional advertising, leading broadcast campaigns for Sony, Microsoft, AT&T and Electronic Arts. From there, he helped BuzzFeed Motion Pictures start their branded content team in the Los Angeles campus. During that time, he helped create the incredibly successful “Dear Kitten” series, which culminated in a Super Bowl spot in 2015. From there, he moved to Defy Media as director of branded content, managing the brand projects with Smosh, Screen Junkies, Clevver, Awe Me and Made Man channels. While at Mashable, Kayvan was responsible for all editorial video content across Mashable channels including YouTube, Facebook, Twitter, Instagram and SnapChat. This content included tech reviews, mini documentaries, scripted comedy and partnership series with NBC and Nat Geo. Kayvan’s current position with Univision encompasses all aspects of digital programming, including social, content production, and promotion of linear programming. He also leads the charge in developing shows for paid platforms such as Go90, Watchable, YouTube Red, and others. Kayvan holds BAs in English and Film Studies and an MFA in Film, and is a proud member of the Producers Guild of America.