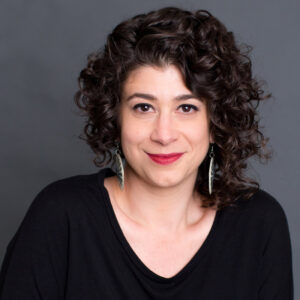 SHALEECE HAAS is an Emmy Award-winning documentary producer and a director based in Los Angeles. TEXAS STRONG, a film she produced in 2018, won an Emmy Award for Outstanding Short Documentary and premiered at SXSW. Her 2016 film REAL BOY screened in 23 countries, earned 20 festival awards, and was broadcast in the US on PBS’ Independent Lens. Other producing credits include Episode 5 of the Peabody Award-winning ASIAN AMERICANS series for PBS; AND SHE COULD BE NEXT (consulting producer/POV/Tribeca Film Festival 2020); DELICADO (supervising producer/POV/Hot Docs 2022), and LOUDMOUTH (post producer, Tribeca Film Festival 2022). Shaleece has been a Film Independent Documentary Lab Fellow, a Working Films Fellow, and an Impact Partners Producing Fellow. She is an alumna of the UC Berkeley Graduate School of Journalism and was a founding staff member of the national oral history project, StoryCorps.