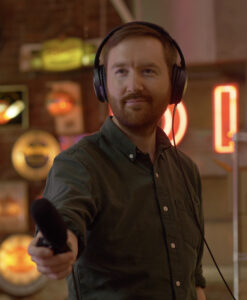 As a journalist, he covered the 2020 U.S. presidential election at The Recount, and the 2016 campaign for Bloomberg News.

In 2016 Panasonic named him the global brand ambassador for the Panasonic GH5 camera.

Previously, he worked for YouTube Next Lab, as executive producer of the YouTube channel Indy Mogul, and started his career as a video producer and social media strategist at State Farm Insurance. Griffin studied film at New York University, and earned a Masters in Communication from Illinois State University.