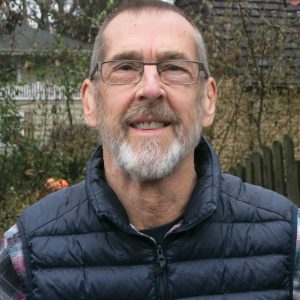 John Haptas edited and co-wrote Regarding Susan Sontag (Tribeca Film Festival, Special Jury Award; HBO broadcast). Other credits include Hunting the Hidden Dimension for PBS Nova (“Pierre-Gilles de Gennes” Science Film Prize), and Inside Guantanamo Bay, a two-hour National Geographic special (editor/co-writer; Emmy nominations for Best Documentary and for Writing). He has also worked as a cinematographer and location sound mixer and has been a guest lecturer in graduate film production classes at UC Berkeley’s School of Journalism and at Stanford University.

Haptas and his wife, Kristine Samuelson, have together made documentaries on disparate subjects, including tourism in Paris, the Vietnam War, and homelessness. They were Artists in Residence at the Victoria College of the Arts in Melbourne, and taught master classes at the Hanoi Academy of Theater and Cinema. Their work has screened at festivals worldwide and has appeared on PBS and at MOMA and other museums. Tokyo Waka, shot in Japan, was screened theatrically in Toronto and Seattle, and in New York at Film Forum. Their most recent film, Life Overtakes Me, premiered at Sundance, won Audience Awards at the Full Frame and Chicago Critics Film Festivals, was nominated for an Academy Award, and is currently streaming on Netflix.