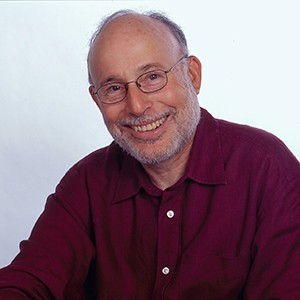 Mark Harris is a Distinguished Professor and Head of Advanced Documentary Production at the USC School of Cinematic Arts, where he has taught since 1983. Mark’s films have won three Academy Awards, including for Best Short Documentary for The Redwoods, and Best Feature Length Documentary for Into The Arms of Strangers: Stories of The Kindertransport, and The Long Way Home. His film for HBO, Unchained Memories: Readings From The Slave Narratives, was Emmy nominated, and Darfur Now for which he was a producer, received the NAACP Image Award.

Into the Arms of Strangers: Stories of the Kindertransport chronicles Britain’s rescue mission of 10,000 children in the nine months prior to World War II. The U.S. Library of Congress has included the documentary in its National Film Registry.
In recent years Harris has returned to making films about contemporary social and political issues. He produced the award-winning Darfur Now and executive produced two other high profile documentary features, Living in Emergency: Stories of Doctors Without Borders and Code Black, about ER doctors in the U.S. He also co-wrote and co-directed Breaking Point: The War for Democracy in Ukraine, as well as writing and directing Foster, which was nominated by the WGA for Best Documentary Screenplay.

Since 1983 he has taught filmmaking at the School of Cinematic Arts at the University of Southern California, where he is a Distinguished Professor and the Mona and Bernard Kantor Chair in Production.