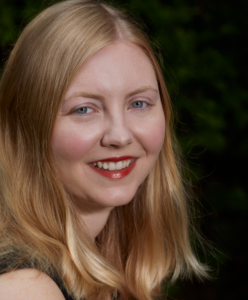 Emily Harrold is a documentary filmmaker from Orangeburg, South Carolina. Her films have screened at festivals including the Tribeca Film Festival, DOC NYC and the Telluride Film Festival. Her short film Meltdown In Dixie, a TOPIC original documentary that is part of WORLD Channel’s America ReFramed Series and was broadcast nationally on MSNBC, won the Academy Qualifying Best Short at both the 2021 Big Sky Documentary Film Festival and the 2021 American Documentary Film and Animation Festival. The film has garnered many other awards including a 2022 dupont Columbia Finalist designation and a 2022 Silver Telly Award. Harrold’s work focuses, in part, on historical and archival storytelling and she is currently a producer for PBS’s long running American Experience series. She has collaborated on projects for HBO, Netflix, Discovery, National Geographic, PBS, CuriosityStream, and CNN. She is part of DOC NYC’s 2021 40 Under 40 Class. Harrold is a member of Film Fatales, the Documentary Producers Alliance, and the collective The Filmshop. She is a graduate of New York University’s Tisch School of the Arts.