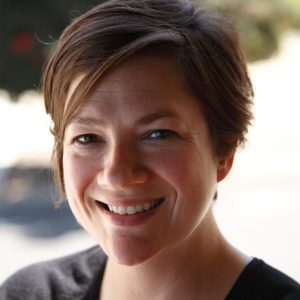 Christie is an award-winning director, editor, and producer who has worked in documentary filmmaking for over 20 years. She recently edited and produced “bias,” a film that explores how our unconscious assumptions influence our choices. She edited and produced “Code: Debugging the Gender Gap,” which premiered at the Tribeca Film Festival, and edited (with Jean Kawahara) “The Impossible Flight” for NOVA. She directed and produced the ITVS-funded film “The Campaign,” which aired on public television and screened at numerous film festivals and universities. Her credits include work with PBS, National Geographic, A&E, MBC1, the History Channel, and numerous nonprofit and corporate clients including Facebook, SFMoMA, Levis, the Mississippi Center for Justice, and the UC Berkeley Law School. Christie received her MA in Documentary Filmmaking from Stanford University and has taught workshops and been a guest lecturer on film at universities around the US, including Stanford University and the Duke University Center for Documentary Studies. She was a selected participant in the NBPC New Media Institute, the CPB/PBS Producer’s Academy at WGBH, and SF Film’s Film House Residency Program. Christie is the Chair of the Steering Committee for New Day Films, a nearly 50-year-old film distribution coop.