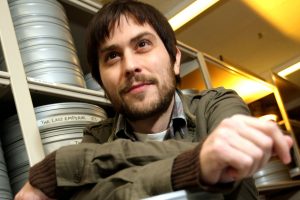 Director Don Hertzfeldt is a two-time Academy Award nominee whose animated films include It’s Such a Beautiful Day, World of Tomorrow, The Meaning of Life, and Rejected. His work has played around the world, receiving over 250 awards, and made a special guest appearance on The Simpsons in 2014. Eight of his films have screened in competition at the Sundance Film Festival, where he is the only filmmaker to have won the overall Grand Jury Prize for Short Film twice.