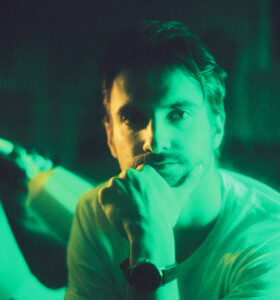 Phil Hessler was exposed to filmmaking early on in his teenage years through his love for skateboarding and snowboarding. When he was 19 he began producing his first feature length documentary, Far From Home, the story of Uganda’s first Olympic hopeful in snowboarding. The film found distribution through Red Bull Media House and Phil parlayed that success into creating his own production company WZRD in 2015. Phil has since gone on to produce and direct content for REI, Red Bull, Bridgestone, VICE, and Ford. He has done extensive work for the Olympics – having produced and directed a series that followed six athletes from countries without snow to the 2018 Winter Olympics commissioned by The Olympic Channel, Snapchat, and Bridgestone Tires. He recently produced a feature documentary called World Debut about the journey of skateboarding, surfing, and rock climbing’s induction into the 2021 Olympics executive produced by Tony Hawk for Youtube Originals along with commercial directing jobs for Red Bull and TE Connectivity. He was nominated for a YDA at Cannes in 2021 for his branded film A Conversation featuring Academy Award Winner Jimmy Chin.