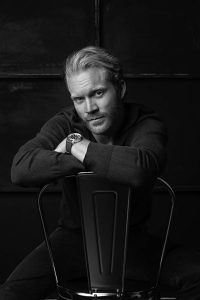 An accomplished cinematographer and director with dozen of credits across film and TV including Creed II and Godzilla, Steven recently photographed Searching 2 for Sony and the Nic Cage action thriller Sympathy for the Devil while also directing the competition series The Climb with Jason Momoa for HBOMax.  His first three features garnered back to back Sundance and TIFF premieres and was selected to Variety Artisan’s Elite List along with winning British Colombia’s Leo Award for Best Cinematography.  Steve’s life-long passion for documentary work started at 22 when he embedded with a Samoan fishing family to document their struggle against commercial overfishing.  He maintains a strong doc focus, lensing viral series Age of Ai hosted by Robert Downey Jr. and Fire Chasers produced by Leonardo diCaprio.