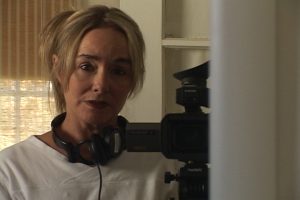 Judy Irola is a producer, director and cinematographer. After serving two years in the Peace Corps in Niger, Africa (1966-68) Irola returned to San Francisco where she went to work for KQED-TV in their documentary film unit. She has worked as a cinematographer for over 30 years and her films have won numerous awards. Her first feature Northern Lights won the Camera d’Or prize at the Cannes Film Festival in 1979. In 1993 An Ambush of Ghosts garnered her the Cinematography Award, Dramatic Competition, at the Sundance Film Festival. She has photographed 17 independent feature films and more than 40 documentaries throughout the world. In 2003, Irola began producing and directing. Her first documentary Cine Manifest (2006) received numerous prizes at international film festivals and is in distribution through Docurama. Her second documentary Niger ’66, A Peace Corps Diary (2010) was picked up by The Documentary Channel for TV and is in distribution through the Cinema Guild. Presently she is in production on her next documentary, a film about being raised in a Basque community in Fresno. She is a Professor, and holds the Conrad Hall Chair in Cinematography (endowed by George Lucas and Steven Spielberg), at USC’s School of Cinematic Arts.