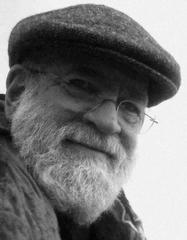 Jeremy Kagan is a Professor of Production in the USC Cinematic Arts program, and a motion picture and television director whose productions have received Emmy, Cable ACE and Humanitas awards as well as nominations for a Golden Globe, Directors Guild and the NAACP. He has directed several feature films, including The Journey of Natty Gann, Heroes, and The Chosen, the winner of the prestigious Christopher Award. His television directing credits include The West Wing, Boomtown, Ally Mcbeal, and Chicago Hope, among others. He has served as the Artistic Director to the Sundance Film Institute, is on the National Board of the Directors Guild of America and Chairperson of its Special Projects Committee, and is the author of the book, Directors Close Up.