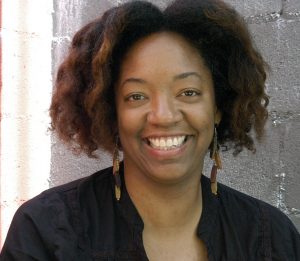 Joy Kecken has written and directed for the critically acclaimed HBO series, The Wire. She has also broken story as a Consulting Producer on a feature documentary, The Biggest Little Farm, that made the 2020 Oscar short list, as well as appeared on the festival circuit at Telluride, TIFF, Sundance and Berlin.

Joy is the Showrunner-Executive Producer on the Amazon/ Lionsgate co-production of the neo-noir crime series, Middle West, about a pair of FBI agents investigating the disappearance of two Gary, Indiana police detectives.

She also served as the Co-Executive Producer on the Freeform/Hulu series, Motherland: Fort Salem that premiered this March. Joy’s also worked repeatedly with Freeform, serving as a Showrunner/EP for the development on the Stephen King series, Joyland, and as a Supervising Producer on the second season of Marvel’s Cloak and Dagger.

Her feature film script set in the high-stakes poker world, All-In, was honored by the WGA for the Feature Access Project Award and received mention in IndieWire from executive producer Christina Sibul. She has also received two WGA commendations for her contributions to television, which include her episodes for Homicide: Life on the Street.

Joy’s additional projects have been optioned by Lifetime, E1 and the BBC Scotland. Her shorts and feature documentary screened at over 30 film festivals and appeared on Showtime and BET.

Currently, she lives in Culver City with her husband, Scott, and their son, Tawadi.