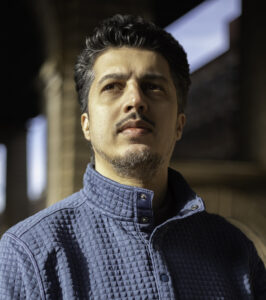 Sofian Khan is an Emmy-nominated filmmaker and founder of Capital K Pictures. He co-directed, produced and shot THE INTERPRETERS, a feature-length documentary following Afghan and Iraqi interpreters being targeted for their work helping American forces that made its broadcast premiere on the 2019 season of Independent Lens. His episode of the PBS American Masters series IN THE MAKING (2021), co-directed with Joseph Patel, received a Webby Award and an NAACP Image nomination. Most recently, Sofian directed an episode of the new series TAKEOUT WITH LISA LING (2022) on HBOMax and produced AN ACT OF WORSHIP (2022), which premiered at Tribeca.