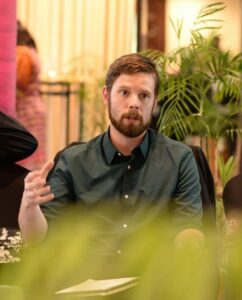 Galen grew up in a small New England town where the hills provided bite-sized training opportunities for the adventures ahead. Throughout his career, Galen directed, filmed, and edited over 10,000 hours of footage into documentaries, series, and commercials. His first film, Far From Home, premiered at 14 film festivals around the world and led him to start his own production company, WZRD Media. He currently facilitates creative development, production, and distribution with award-winning teams, telling stories with global impact, as Executive Producer at Red Bull Studios in Salzburg, Austria.