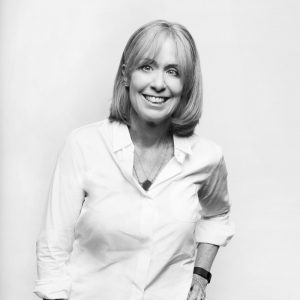 Alix produced Winter’s Bone, directed by Debra Granik and starring Jennifer Lawrence, which was the winner of The Grand Jury Prize for best dramatic feature at the Sundance Film Festival in 2010. The film also received four Academy Award nominations, including best picture, and won The Gotham Award for Best Picture and two Independent Spirit Awards. Alix most recently produced Veena Sud’s directorial debut for Blumhouse and 1982 directed by Oualid Mouaness. Her other films include Laggies, directed by Lynn Shelton and Whitebird In A Blizzard, directed by Gregg Araki, both of which premiered at Sundance and were released in 2014. She produced May In The Summer, which was in the Dramatic Competition at The Sundance Film Festival in 2013, directed by Cherien Dabis, and The Automatic Hate, directed by Justin Lerner, which debuted at SXSW and was released in 2016. Alix’s first produced movie was Sunday, directed by Jonathan Nossiter, which won The Grand Jury Prize for best dramatic feature and the Waldo Salt Screenwriting Award in the 1997 Sundance Film Festival. She serves on the board of Film Independent and is a member of AMPAS.