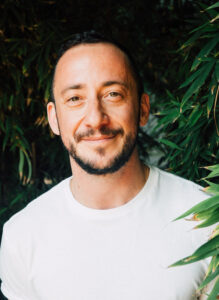 Thomas Page McBee is an author, TV writer, reporter, and “questioner of masculinity” (New York Times). His Lambda award-winning debut memoir, Man Alive, was named a best book of the year by NPR Books, BuzzFeed, Kirkus, and Publisher’s Weekly. His “refreshing [and] radical” (The Guardian) follow-up, Amateur, was shortlisted for the UK’s Baillie-Gifford nonfiction book prize and the Wellcome Book Prize, named a best book of 2018 by many publications, and translated into multiple languages. In the course of reporting the book, Thomas became the first transgender man to ever fight in Madison Square Garden.

A writer/producer, Thomas has several projects in development focused on trans counter-narratives, including an experimental limited series, a documentary, a narrative podcast, and a television adaptation of Amateur. His most recent television writing credit was consulting producer on The Umbrella Academy where, with showrunner Steve Blackman, he constructed and wrote the transition narrative for Elliot Page’s character, Viktor. He’s also worked as a writer on The L Word: Generation Q (Showtime) and Tales of the City (Netflix).

Thomas’s essays and reportage appear in the New York Times, The Atlantic, GQ, Esquire, Vanity Fair, and many other outlets. He lives in Los Angeles with his wife and dogs.