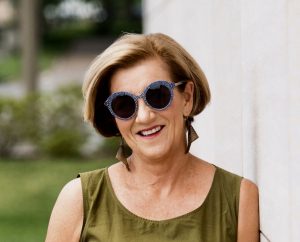 Andrea founded Back Allie Entertainment, LLC, a dozen years ago, where she is a creative producer for award-wining films and a mentor, advisor and educator for festivals and filmmakers. She speaks often to industry and conducts half- to three-day workshops and master classes focused on story development, creative producing, pitch training, and the challenges facing women in media to advanced students and emerging producers and film teams around the world. Her most recent film Ernie & Joe, as an EP/creative producer, was released in 2019. She won an Emmy for Dangerous Acts; executive-produced the Oscar-winning Man On Wire, Oscar-nominated Encounters at the End of the World, and short-listed BUCK. She also EP’d or produced Grizzly Man, In the Shadow of the Moon, The Killer Within, Doubletime and The Flight That Fought Back, among others. Before starting her own company, Andrea held executive and creative positions at Discovery and National Geographic, including launching and running Discovery Films. She is currently in production on a major non-fiction film scheduled for release in early 2021. Andrea is an advisor for the Sundance Producer Labs, as well as a mentor to the Points North non-fiction storyteller retreats and Forum and the Hot Docs Forum. Andrea holds a PhD in Linguistic Anthropology with a concentration in media.