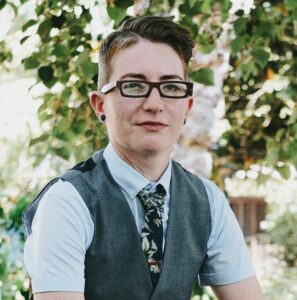 Nico Opper (they/them) is an Oakland-based filmmaker who has been featured in Filmmaker Magazine’s annual “25 New Faces of Independent Film”, Indiewire Magazine’s “25 LGBT Filmmakers on the Rise”, and DOC NYC’s “40 Under 40”. Their work has premiered at Sundance, Tribeca and Hot Docs, been nominated for a national Emmy, a Gotham Award, an IDA Award and an Independent Spirit Award, and broadcast on POV and Independent Lens. They currently teach at Santa Clara University as an assistant professor and mentor emerging filmmakers through the Sundance Ignite program.