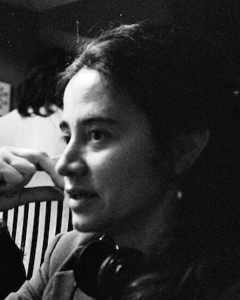 Patricia Cardoso is an award-winning director, producer and writer. Ms. Cardoso’s films have received box office success and critical acclaim. She has directed Real Women Have Curves, which gave America Ferrera her first role, Lies in Plain Sight, with Rosie Perez, The Water Carrier, which won an Academy Award for best student film, and the 12-minute short The Air Globes which made $40,000 and it was made for $5,000. She has received the DGA Ida Lupino Award, a Sundance Audience Award and a Humanitas Prize. Born and raised in Bogotá and a graduate from UCLA Film School, Ms. Cardoso is an anthropologist and received the first Fulbright scholarship in Colombia for film. She was director of Sundance’s Latin American program for five years and has worked with Universal, Disney, HBO, Sony, Lifetime, Film Independent and Ciby 2000. She is an active member of the Directors Guild of America and its Independent Director’s Committee.  Other awards include a Smithsonian Institute Recognition Award, a National Board of Review Excellence in Filmmaking, a California Governor’s Commendation, a UCLA Filmmaker of the Year and a Fulbright’s Recognition to Excellence. Patricia is also an Adjunct Professor in the Production Division at the USC School of Cinematic Arts.