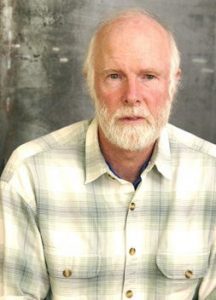 Richard Pearce’s early credits as a cinematographer include four Oscar-winning films: Woodstock, Marjoe, Interviews with My Lai Veterans and Hearts and Minds. He made his theatrical debut as a director with the period drama Heartland winning the Golden Bear at the 1980 Berlin Film Festival and opening the New York Film Festival’s first Showcase of American Independents. Other feature films that he directed include Country for which Jessica Lange received a best actress Academy Award nomination; No Mercy with Richard Gere and Kim Bassinger; The Long Walk Home with Whoopi Goldberg and Sissy Spacek; Leap of Faith with Steve Martin, Deborah Winger and Liam Neeson; and A Family Thing with Robert Duvall and James Earl Jones. In recent years, Pearce has returned to making documentaries, including The Road to Memphis, which he directed and photographed for the Martin Scorsese PBS series on the Blues; The Judge and the General, which he executive produced; and the Academy Award nominated feature doc Food Inc, which he co-produced (with Eric Schlosser) and photographed. A long time member of the Academy of Motion Picture Arts and Sciences, Pearce recently served on its board of governors representing the documentary branch.