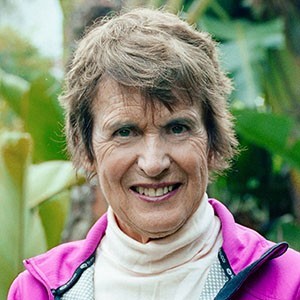 Emmy-award winning director Amanda Pope’s directing, producing, writing, and editing credits over her more than 20 year long career include documentary, dramatic, and social advocacy programs. Her work has focused on the dynamics of creativity in fine art, public art happenings, urban design, theatre and dance. Her award-winning public television documentaries: Jackson Pollock Portrait, Stages: Houseman Directs Lear, narrated by Jason Robards and Cities for People, narrated by Cloris Leachman, have all been broadcast nationally on PBS. Her program series, Faces Of Change, documented grassroots reformers and emerging leaders in seven countries of the former USSR. More recently she directed The Legend Of Pancho Barnes and the Happy Bottom Riding Club about a pioneer woman aviator. The film was honored with a 2011 Los Angeles Area Emmy in the arts and culture/history category, broadcast over 1200 times on American Public Television for PBS and featured at numerous festivals and screening venues. The Desert of Forbidden Art, which she directed, produced and wrote with Tchavdar Georgiev, was broadcast in 2011 on PBS’ Independent Lens and honored with two nominations at the national 33rd Annual Emmy News & Documentary awards, and CINE’s Masters Award for Excellence in Independent Filmmaking. Amanda has served on the Boards of New York Women in Film and Women in Film Foundation in Los Angeles, and has been a jury member for the National Endowment for the Humanities, the Academy of Motion Picture Arts and Sciences student films, The Humanitas Prize, and the International Documentary Association’s feature documentaries. Amanda is a Professor in production at the University of Southern California’s School of Cinematic Arts.