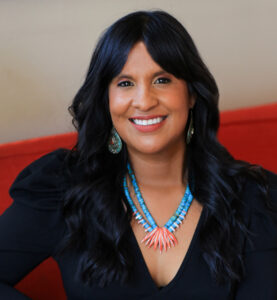 Born in Panama, Anayansi Prado is an award-winning documentary filmmaker who focuses on issues of undocumented immigration, indigenous rights and race identity. Her award-winning feature films have aired nationally on PBS including and abroad including The Unafraid (2018), Paraiso for Sale (2010), Children in No Man’s Land (2008), and Maid in America (2005). Anayansi is a Chicken and Egg Fellow, a Rockefeller Media Fellow, a Creative Capital Artist and her work has also been supported by The MacArthur Foundation, The Ford Foundation and ITVS, amongst others. She‚Äôs taught documentary filmmaking classes to students and emerging filmmakers in five continents.