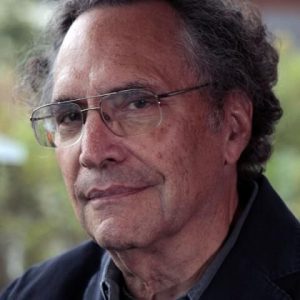 Gordon Quinn—Artistic Director and founding member of Kartemquin Films—has been making documentaries for 50 years. In his first film, Home for Life, heralded as “an extraordinarily moving documentary” by Roger Ebert, he established the direction of his life and career: storytelling that examines the broader culture through the unfolding lives of real people.

A longtime activist for public and community media, Quinn was integral to the creation of ITVS, public access television in Chicago, The Documentary Filmmakers Statement of Best Practice in Fair Use, and in forming the Indie Caucus to hold PBS accountable. Quinn has inspired an immeasurable number of media makers whose films have won numerous awards and left a lasting impact on millions of viewers.

With Kartemquin, Gordon has created a legacy that inspires young filmmakers and provides a unique structure for the collaborative creation of high-quality, social-issue documentaries. Kartemquin’s best-known film to date, Hoop Dreams (1994), executive produced by Quinn, was released theatrically to unprecedented critical acclaim.

Gordon continues his legacy of excellence in filmmaking with Minding the Gap and America to Me, both executive produced by Quinn and both world premiering at Sundance Film Festival 2018. Quinn also executive produced the 2018 Academy Award® nominated films Edith+Eddie and Abacus: Small Enough to Jail.