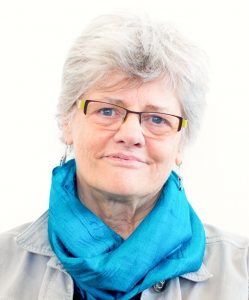 Frances Reid made her first films in Africa in the early 1970’s after teaching as a Peace Corps volunteer in Malawi. In the 1980’s she worked on many notable documentaries as the cinematographer including the Oscar award winning “The Times of Harvey Milk.” In the 1990’s she produced and directed films ranging in subject matter from AIDS in Africa (“The Faces of AIDS) to race relations on college campuses (“Skin Deep”). In 2000 she made the film “Long Night’s Journey into Day” about South Africa’s Truth and Reconciliation Commission. The film won the Grand Jury Award at the Sundance Film Festival and was nominated for an Academy Award. The film is still widely used to discuss the ideas of reconciliation after conflict.

Frances has traveled extensively and spoken and taught with her films. She has done screenings of her films for the Council on Foreign Relations, for Congress, for Detroit Summer, for the Kennedy School of Government, and throughout the world including in Belfast, Jerusalem, Ramallah, and South Africa. She has taught filmmaking in the United States including at the U.C. Berkeley Graduate School of Journalism, and in South Africa where she taught documentary filmmaking fundamentals to a group of young journalism students and ANC activists returned from exile. She has mentored many young filmmakers, and has twice served as a directing advisor to the Sundance Documentary Labs.