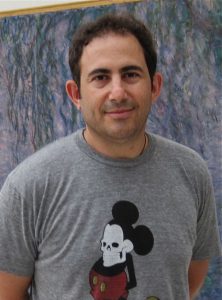 Jon Reiss is a filmmaker, author and media strategist who wrote the book Think Outside the Box Office. Through his company HybridCinema/8 Above which is a unique consultancy, social media, marketing and distribution company. We not only help filmmakers devise the best distribution and marketing strategy to meet their goals, we work with them to execute that plan with a specialty in social media and outreach.

Through Hybrid Cinema/8 Above, Reiss has advised hundreds of filmmakers and film organizations throughout the world including IFP, Paramount Studios, Screen Australia, Film Independent, Creative Scotland. Film clients have included: The Light of the Moon, The Food Cure, Father’s Kingdom, Hooligan Sparrow, Maya Angelou: And Still I Rise, Food Chains, Off the Rails, Tyrus, The Transfiguration.

Reiss also co-wrote Selling Your Film Without Selling Your Soul and Selling Your Film Outside the US. He has conducted his TOTBO Master Classes over five continents and is the Senior Lab Leader at the IFP Filmmaker Labs. Reiss also teaches at the Film Directing Program at Cal Arts is critically acclaimed filmmaker whose films include Bomb It, Bomb It 2, Better Living Through Circuitry, Cleopatra’s Second Husband.