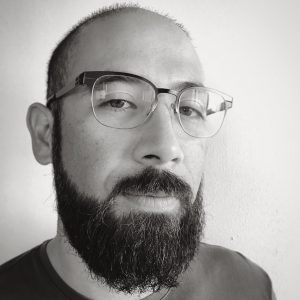 Mexican-born American director Rodrigo Reyes has screened his award-winning work worldwide, at festivals such as Tribeca, Hot Docs, BFI London and The Museum of Modern Art in New York, garnering highly positive reviews in Variety and the New York Times. Rodrigo has received significant support for his work from the Mexican Film Institute (IMCINE), Sundance Institute, Tribeca Film Institute and more; his work has been featured on America ReFramed and Netflix. He is a recipient of the prestigious Guggenheim Fellowship and the Creative Capital Award.