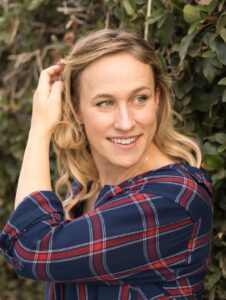 She wrote and created the SXSW and Annecy award-winning MY YEAR OF DICKS, an animated adaptation of her critically-acclaimed comedic memoir NOTES TO BOYS (AND OTHER THINGS I SHOULDN’T SHARE IN PUBLIC). She co-hosts the podcast Listen To Sassy, a weekly deep-dive through every issue of Sassy Magazine.

Pamela was a flagship contributor to Television Without Pity, and is known as a pioneer in the blogging world with pamie.com, where she launched such viral essays as “How I Might Have Just Become the Newest Urban Legend” and “Barbie F*cks it Up Again,” the latter of which led to #FeministHackerBarbie, a revamp of Mattel’s products and marketing for Barbie, and the creation of Game Developer Barbie as “Career of the Year.” Pamela’s stage work has been showcased at the HBO US Comedy Arts Festival and she created the accidental international scandal known as Call Us Crazy: The Anne Heche Monologues.

A former Austinite with a BFA in Acting from the University of Texas, Pamela has been entered into the Oxford English Dictionary under “muffin top.” That is not a joke. @pamelaribon | she/her