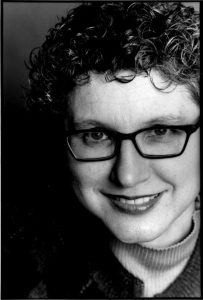 B. Ruby Rich is a Professor of Social Documentation at the University of California, Santa Cruz, where she specializes in Latin American and Latino/a cinema, U.S. Independent film and video, and feminist film history. She has received an award for outstanding LGBT scholarship from Yale, was a Rockefeller Fellow in the Humanities at NYU, and was in residence as a Distinguished Visitor at the John D. and Catherine T. MacArthur Foundation. She has written for numerous publications, including The Nation, NY Times, and for the LGBT press. She is a Contributing Editor for Film Quarterly and on the editorial advisory board of Camera Obscura. She has been published in numerous Spanish language publications, and can often be heard on BBC World Service. She has also been an on-camera correspondent for the Sundance and Independent Film Channels. She has been a curator or a jury member for numerous international film festivals, including Toronto, Sundance, Sydney and Havana. She is the author of Chick Flicks: Theories and Memories of the Feminist Film Movement (Duke University Press, 1998) and New Queer Cinema: The Director’s Cut (Duke University Press, 2013).