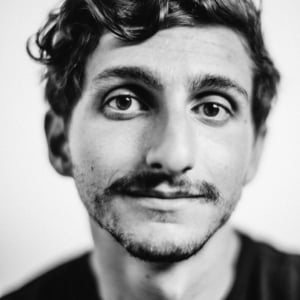 As an award-winning director, executive producer, and creative director the art of storytelling for Cole is about the empowerment of human life.

Cole’s work has taken him all over the world, telling stories from the foothills of the Himalayas to the rice fields of the Philippines, creating documentaries, branded content, and commercials for companies including YouTube Originals, Snapchat, The Olympics, Facebook, Nike, and more. His emotive storytelling has garnered hundreds of millions of views worldwide, landed him on the 20 in their 20’s list, received Gold and Silver Telly awards for directing, a Clio Entertainment Award for editing, and Mountainfilim’s Spirit Award for his documentary work.

Cole’s ambitions lie in creating memorable stories that leave audiences with a deeper connection to the human experience. In partnership with Boardwalk Pictures (creators of Chef’s Table & Last Chance U), Cole developed, directed, and produced the award-winning show Far From Home, a documentary series following extraordinary stories of Olympic hope. His focus on impactful storytelling has helped further the development of India’s first winter Olympic training facility, has taken him to the TEDx stage and around the world with the United States Embassy conducting filmmaking workshops. He has since collaborated with organizations like The Obama Foundation, Reach Higher, and Khan Academy to create documentary projects such as the Emmy nominated show Dear Class of 2020.

Currently based between Salt Lake City and Los Angeles, Cole recently completed his debut feature documentary film World Debut, for YouTube Originals, which explored the subcultures of skateboarding, surfing, and climbing and how they made their way to the Olympic Games. He currently has his second feature film in development, slated to shoot in 2022.

It is his life’s mission to urge brands, networks, and organizations to not only support quality storytelling, but stories that can help reshape our world in a positive way.