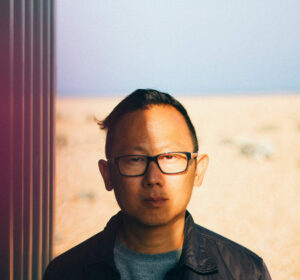 Patrick Shen is a filmmaker and the founder of Transcendental Media. Patrick’s cinematic works include the award-winning films Flight from Death: The Quest for Immortality, The Philosopher Kings, La Source, and the SXSW 2016 film, In Pursuit of Silence. His films have received 24 awards and 12 nominations, and have been featured on the TED blog, CNN, Huffington Post, NY Times, LA Times, Boston Globe, and the Washington Post. In 2009, Patrick was the recipient of the Emerging Cinematic Vision Award from Camden International Film Festival and since 2005, he has presented his work at hundreds of film festivals, cinemas, museums, and major academic institutions all over the globe including SXSW, CPH:DOX, Sheffield Doc/Fest, Full Frame Film Festival, USC School of Cinematic Arts, The Smithsonian, The Hammer Museum, The Music Center, Princeton, and Harvard University. In 1999, Patrick was invited to the White House to meet with President Clinton in recognition of his work on the Emmy-nominated documentary We Served With Pride. Since 2012, Patrick has been lecturing and teaching filmmaking workshops all over the globe as a film envoy for the U.S. State Department and the USC School of Cinematic Arts for their American Film Showcase. Patrick recently co-authored a book titled Notes on Silence, released the crowd-sourced covid-19 lockdown-inspired film The Dawn Chorus which premiered at DC Environmental Film Festival and The Walker Art Center, and produced, shot and edited the award-winning film Day of a Stranger. He is currently at work on a new slate of films which include As Slow As Possible and In Praise of Shadows.