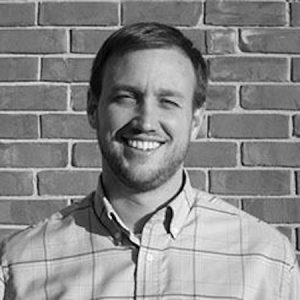 Tim Skousen is an award-winning filmmaker and commercial director. At Moxie Pictures, one of the top commercial production companies in the world, Skousen has directed commercials for Nike, Microsoft, Sprint, Coca-Cola, Snapple, Nestle and others. He won a Bronze Lion at the prestigious Cannes Lions Awards for a documentary series about high school football for Cellular South in 2009. His first feature film, The Sasquatch Gang, won the Audience Award at Slamdance in 2006 and a Best Director award at Aspen Comedy Arts in 2006. His latest film, a documentary entitled Zero Percent (recently acquired by HBO), has won multiple awards at many festivals including Best Documentary at the Las Vegas, Urbanworld, Breckenridge, Vail, Arlington, and Ojai Film Festivals and the prestigious Silver Heart Award at the Dallas International Film Festival. Raised in America, the Bahamas, Chile and Britain, he currently resides in Utah with his family. He has a BFA in film from Brigham Young University.