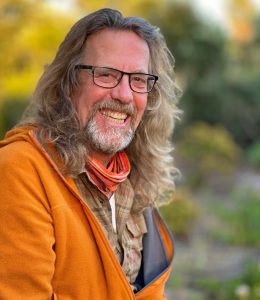 Screenwriter Jeff Stockwell’s produced credits include The  Dangerous Lives of Altar Boys, produced by and starring Jodie Foster; Wilder Days, (a telefilm nominated for the WGA Award for Best Original Long Form TV), The Ottoman Lieutenant, and Disney’s Bridge To Terabithia and A Wrinkle In Time. He has done uncredited writing on projects including Percy Jackson & The Olympians: The Lightning Thief, Rise of The Guardians and The BFG. Jeff spent 2016 as a contract writer at Pixar Animation Studios. He has worked on many independent and studio projects, now in various stages of development. They include The Miraculous Journey of Edward Tulane with Black Label Media, The Eighty Dollar Champion with MGM, and The Curious Charms of Arthur Pepper with Fox Searchlight.

Jeff has been an ongoing instructor/mentor with the Screenwriting Lab at Film Independent since 2004 (though based in Los Angeles, FIND’s filmmaker labs draw international participants) and at the Fox Writer’s Initiative (Fox Studio’s diversity program.) In 2017, he worked with Global Media Makers screenwriting workshop in Amman, Jordan, the GMM filmmakers’ residency in Los Angeles, and with AFS’s screenwriting workshop at Egypt’s El Gouna Film Festival.