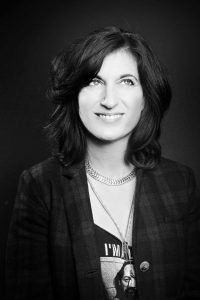 Halpern’s script about legendary journalist Nellie Bly is in development with Protazoa Pictures. Her script Ezzy Fish was on the Black List, a Nicholl’s semi finalist, IFP/NY Top Ten finalist, and accepted into the FIND Producers and Directors Labs. Her MFA is from USC Cinematic Arts and she’s received residencies at Hedgebrook, a writing retreat where women author change. Her articles and stories are in the Huffington Post, Joyland, SheRa, ByLine, Ms In the Biz and Sundress, winning the Best of the Net Award. She has written/directed commercials for clients such as Armani, YSL, Amazon and DeBeers and sometimes works in reality TV.