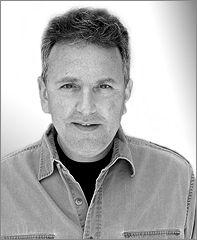 Thomas G. Miller has worked on documentaries and in public television since 1994. He associate produced the Sundance award-winning film Licensed To Kill and co-produced and edited Fender Philosophers and the feature documentary Camp Out. Miller has also edited the feature documentary films, Rock the Boat, Good Kurds, Bad Kurds, Home of the Brave and was supervising editor on See What I’m Saying: The Deaf Entertainers Documentary. He directed, produced, co-wrote and co-edited the award- winning feature documentary,One Bad Cat: The Reverend Albert Wagner Story. Other credits include editing biographies for Fox Family, and producing television films for Discovery and WNET’s series on disabilities, People in Motion.

Miller is also on the executive board of the International Documentary Association, a member of the Academy of Television Arts & Sciences and Writers Guild of America, West and has been teaching documentary filmmaking and editing at the USC School of Cinematic Arts since 2004. He is also a board certified pediatrician and has practiced medicine and served as medical consultant forSesame Street and other film and television series.

Miller graduated with a B.S. degree in zoology from the University of Michigan, an M.D. from the Medical College of Ohio, and an M.F.A. from the USC School of Cinematic Arts.