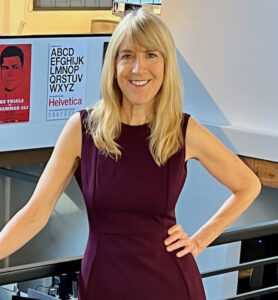 Lois Vossen is the founding executive producer of Independent Lens on PBS, which each season coproduces 22 original documentaries, 10-15 shorts and docuseries. Independent Lens awards include 33 Emmy, 23 Peabody, 8 duPont, 10 Academy Award nominations, and the 2013, 2014, 2015, 2017 and 2022 Best Series from International Documentary Association (IDA). She served on the Television Academy Board of Governors and is a member of the Academy of Motion Picture Arts and Sciences (AMPAS). She juried DOC New Zealand, TIFF, Shanghai, SXSW, among other festivals. Prior she was Associate Managing Director of the Sundance Film Festival and Sundance Labs.