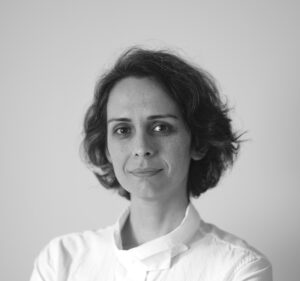 Nani Sahra Walker is a Nepali-American filmmaker. She has been documenting social change over the past decade from LGBTQ rights in Nepal and voting rights in the American South to the global anti-casteist movement. Her debut feature doc OTHER NATURE (2012) on the fight for LGBTQ rights in Nepal screened at Outfest and Frameline among dozens of festivals worldwide and is distributed by the Center of Asian American Media.

She co-directed FORCED (2018), a short documentary about three women rebuilding their lives after escaping the terrorist organization, Boko Haram in Nigeria. The film was nominated for a BAFTA award and an IDA Award. Nani wrote and directed ALICE WATERS: HOW TO START A FOOD REVOLUTION (2021) about the food movement sparked by the legendary chef in response to industrial farming.

Her upcoming debut fiction feature film THE SILENCE OF BIRDS is based on semi-autobiographical events and informed by her documentary research into the Nepali laws surrounding reporting of sexual abuse. The film is fictionalized to protect the privacy of survivors. She is an alumna of BAFTA, Cine Non Qua Lab and SFFILM’s FilmHouse Residency. Nani is the Director of L.A. Times Short Docs, a monthly series from LA Times Studios.