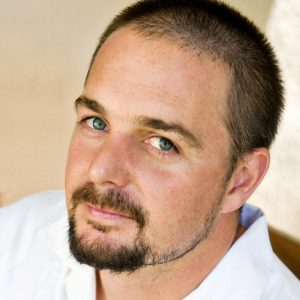 Banker White, (Producer/Co-Director/Editor) is a multi-disciplinary artist and filmmaker based in San Francisco. He is the director/producer of the award-winning documentary, The Genius of Marian, which premiered at the Tribeca Film Festival and was broadcast on PBS’s award-winning series, POV, in September 2014. His work has been supported by the Sundance Documentary Fund, the National Endowment for the Humanities, the National Endowment for the Arts, the MacArthur Foundation, the Tribeca Film Institute, Impact Partners, LEF, DocSociety, SFFILM, the Center for Cultural Innovation, the Catapult Film Fund and the Fledgling Fund. Banker also directed Sierra Leone’s Refugee All Stars (POV 2007). The film was nominated by the IDA for best feature in 2006; won grand jury awards at AFI Fest, Full Frame Film Festival and Human Rights Watch Film Festival; and earned audience awards at SXSW and Miami International Film Festival. Banker also founded the WeOwnTV Freetown Media Center, a collaborative filmmaking and storytelling project in Sierra Leone which is supported by Creative Capital, Freedom to Create, The Bertha Foundation, and BAVC.