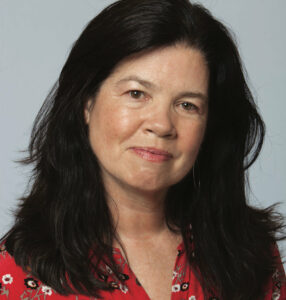 Pamela Yates is the Co-founder and Creative Director of Skylight, a non-profit human rights media organization that strengthens social justice movements through cinematic storytelling and catalyze collaborative networks of artists and activists. She is the Director of the Sundance Special Jury award winning “When the Mountains Tremble”; the Executive Producer of the Academy Award winning “Witness to War”; and the Director of “State of Fear: The Truth About Terrorism”, which was awarded an Overseas Press Club Award and translated into 47 languages. Her film “Granito: How to Nail a Dictator”, for which she awarded a Guggenheim Fellowship, was used as key forensic evidence in the genocide trial against Efraín Ríos Montt in Guatemala. Her third film in the Guatemalan trilogy, “500 YEARS” had its world premiere at the Sundance Film Festival, was released theatrically, was broadcast on PBS and streamed on Amazon Prime. She is currently working on “Borderland” a documentary that investigates the US border-industrial complex and Americans’ resistance to it.