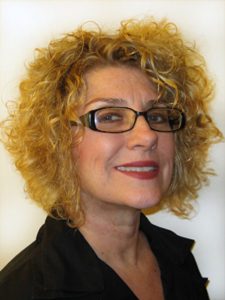 Patricia R. Zimmermann is Professor of Screen Studies at Ithaca College in Ithaca, New York and is also co-director of the Finger Lakes Environmental Film Festival. She has served as the Ida Beam Professor at the University of Iowa and the Shaw Foundation Professor at Nanyang Technological University in Singapore. She is author of Reel Families: A Social History of Amateur Film; States of Emergency: Documentaries, Wars, Democracies; Thinking Through Digital Media: Transnational Environments and Locative Places (with Dale Hudson); and The Flaherty: Decades in the Cause of Independent Cinema (with Scott MacDonald). She is co-editor (with Karen Ishizuka) of Mining the Home Movies: Excavations in Histories and Memories. Open Spaces: Openings, Closings, and Thresholds of International Public Media, a book of her essays featuring some of her American Film Showcase nonfiction writing, was published in February 2016. She specializes in documentary, new media, film/media/new media history, amateur film and emerging amateur technologies, and institutional histories of the international public media arts sectors.