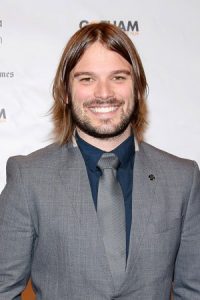 Prior to directing Keep On Keepin’ On, Alan Hicks was a drummer, surfer, and former student of jazz legend Clark Terry’s at William Paterson University near New York City. Hicks began documenting the film, his first feature, as a college student and while traveling the world as a member of Terry’s musician ensemble in the mid-2000’s. Along with director of photography Adam Hart, they at times seemingly became part of Terry’s and (fellow featured subject) Justin Kauflin’s extended families. This in turn provided them dramatic and unprecedented access to intimately capture the unfolding story of Keepin’ On.