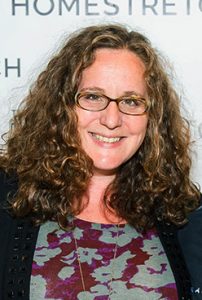 Anne de Mare is an award-winning playwright, director, professional video artist, and filmmaker. Her original plays have been presented in Chicago, London and New York, where she was a five-year resident artist with Richard Foreman’s legendary Ontological-Hysteric Theater. She received an Edna Craddock Fellowship at the Millay Colony for The Arts and is a founding member of The Independent Theater Company, The Nevermore Theater Project and Theaters Against War. She is currently working with Innovative Music Programs to develop the film component of Accidental Heroes, a multi-media performance work based on the lives of eastern and western European artists coming of age during the Cold War.