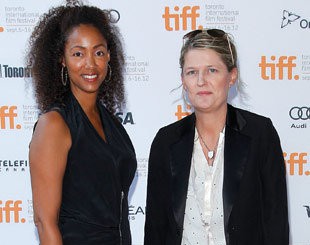 Michelle Major has worked in television and film for more than 15 years. Michelle got her start on the Barbara Walters film verité documentary Men Are From Mars, Women Are From Venus: But We Have to Live on Earth. Later, she became a member of the producing team for Peter Jennings critically acclaimed and groundbreaking documentary project The Century.  She was also one of the original producers to bring the ABC News show Lifetime Live to the Lifetime channel. Additionally, she contributed to ABCs World News Weekend, finding her niche producing features about race, religion and the urban experience. In 2003 Michelle began working with Diane Sawyer producing celebrity interviews as well as stories on hot-button issues across the nation and oversees.  At ABCs Good Morning America, she was part of an award winning team and was personally responsible for producing several shows dealing with national topics ranging from the 2008 Presidential election to Hurricane Katrina.  She also produced top profiles on international leaders and their nations such as; Mahmoud Ahmadinejad (Iran), Felipe Calderon (Mexico), Hamid Karzai (Afghanistan), Bashar al-Assad (Syria) and President Obama. Michelle has a BA in Psychology and Film Studies from Columbia University.  She also holds a Masters in General Psychology from The New School for Social Research.  She is a proud native of Harlem, NY and currently lives in Bedford-Stuyvesant, Brooklyn.

Maiken Baird is an independent documentary filmmaker who specializes in international and political affairs. She produced Client 9: The Rise and Fall of Eliot Spitzer, with Academy Award winning director and producer Alex Gibney. In 2011, Client 9 was nominated for best documentary feature by the Producers and the Directors Guild of America and was also nominated for three Emmy Awards. Maiken co-produced Chicago 10, a documentary feature on the Chicago Seven and the 1968 Democratic National Convention. Chicago 10 was directed by Brett Morgan and produced by Graydon Carter. Maiken began her documentary career at ABC News as a researcher for Peter Jennings News Specials. She went on to produce documentaries for New York Times Television and National Geographic on a wide range of topics including: Women of the Holy Kingdom on the lives of women in Saudi Arabia, Nuclear Nightmare: Understanding North Korea, TB: Time Bomb on Russia’s tuberculosis epidemic and The Smallpox Curse on the eradication of small pox. She produced A&Es Biography of the Millennium, on the 100 most influential people of the last one thousand years and associate produced Biographies of Joseph Stalin and Eva Peron. She segment produced MTVs True Life: Fatal Dose, on heroin abuse by affluent teens in Plano, Texas. Prior to becoming a documentary filmmaker Maiken worked at the United Nations in New York, the European Union in Brussels and the Royal Institute of International Affairs in London. She obtained a Master’s degree in International Relations and Political Science from Stanford University in 1992 and a B.A. in Political Science from Columbia University in 1989. Maiken is trilingual in English, French and Danish and lives in London with her husband and three children.