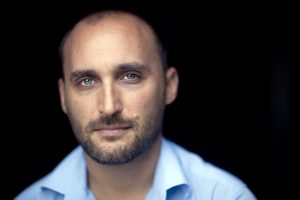 Amir Bar-Lev’s directorial debut, Fighter, was named one of the top documentaries of the year by Newsweek, Rolling Stone, and The Village Voice. Fighter won six international festival awards and was called “brilliant,” by The New Yorker, “enthralling” by the New York Times, and “one of the best documentaries of this year or any other” by Rolling Stone. Bar-Lev’s second film, My Kid Could Paint That, was released internationally by Sony Pictures Classics in 2007, with broadcast on Starz, A&E and BBC. Bar-Lev traveled to New Orleans nine days after Hurricane Katrina and began filming a young married couple, both crack dealers, with a heroic story of survival during the storm and an uncertain future ahead. Bar-Lev served as co-producer on the resulting film, Trouble The Water, which was a 2009 Academy Award Nominee. Trouble the Water also took the Grand Jury Prize at the 2008 Sundance Film Festival, the Grand Jury Award at Full Frame, a Special Jury Mention at Silverdocs, won the IFP Gotham Award for Best Documentary, and was nominated for the PGA Documentary award, and the NAACP Image Awards Best Documentary.

Bar-Lev also directed The Tillman Story, a feature documentary about NFL safety Pat Tillman, who joined the Army Rangers in 2002 and was killed in a friendly fire incident two years later. The film was released nationwide by The Weinstein Company in August of 2010. The Tillman Story was named the top documentary of 2010 by The San Francisco Critics’ Circle, The Florida Critics’ Circle, and The St. Louis Critics’ Circle, and was nominated for ten additional critics’ circle prizes, the National Board of Review Documentary award, the PGA Documentary award, and the Cinema Eye Audience Choice award. Most recently, Bar-Lev directed The Re:Generation Music Project, featuring collaborations by artists such as Erykah Badu, Mos Def, Scrillex, and Mark Ronson, among others. The project included a feature documentary and five music videos and was a presentation of Hyundai in association with the Grammy’s. It won a bronze Cannes Lion Award. Bar-Lev is currently directing Happy Valley, a feature documentary about the Penn State Scandal, for A&E Indiefilms.